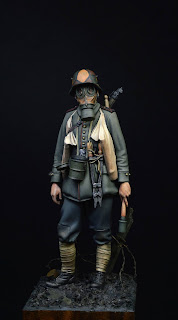 The Stormtroopers (Stoßtrupen), were the special forces of the Imperial german army during the last years of the WWI. These troops were trained in infiltration tactics in the trenches war. This name means "assault troops".
The stormtroopers, appears as a necessity to change an obsolete and inefficient tactics of the trench war during the WWI: a lengthy artillery barrage all along the line, followed by a rush forward of infantry in massed lines. It generate enormous casualties and is the basics of the "attrition war".
The German stormtroopers actions, didn't change the course of the war, but they doctrine (and the allies version of the assault troops) it was a fundamental change in the way of looking the way to do the war in later times. 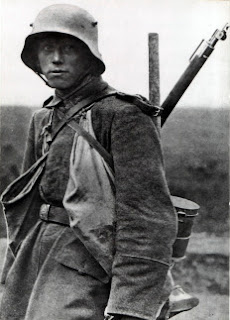 The figure is a 90mm white metal cast from andrea miniatures. Is a beautiful, accurate and very attractive model. There s the possibility to place a head without mask, but in my opinion the mask give to the model the right atmosfere for the WWI trenchs!
Some pics of the figure, I hope you like it! 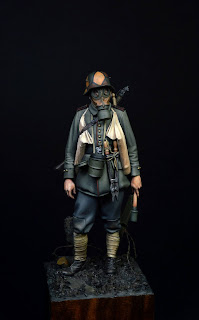 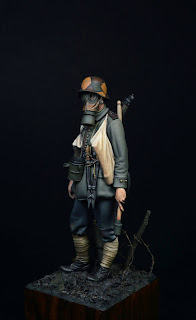 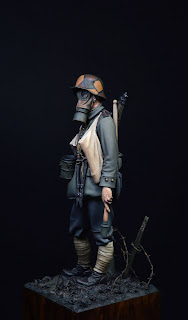 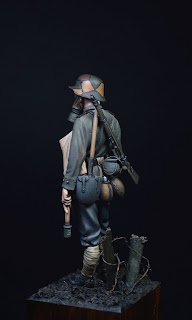 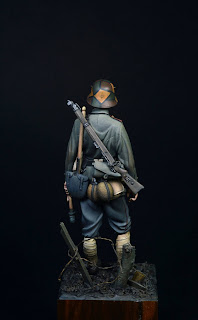 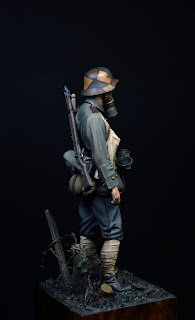 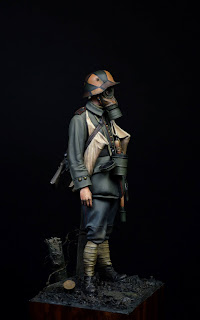 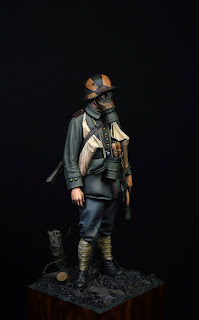 Ver todo mi perfil
I have the memory with 5 or 6 years from a small hobby shop in my neighborhood where I first saw a diorama. I was so impressed I decided to learn to do that and over time became a passion!
I paint all the models that falls into my hands, but I have a particular predilection for military affairs. While I have no other interest than purely artistic, sometimes I look for the denunciation of the horrors of war.